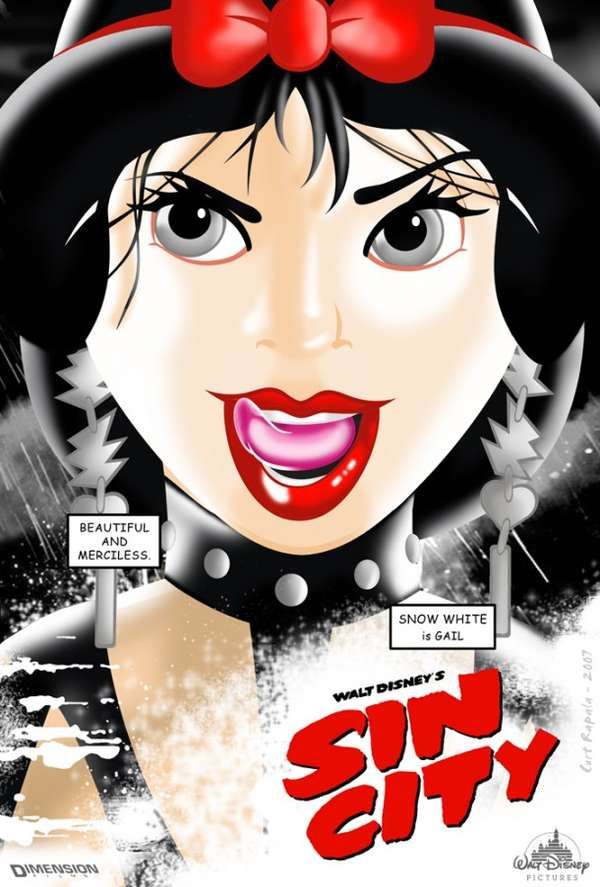 Drawn by deviantART user Gillbob316, these pop art posters take the princesses out of their usual attire and put them into form-fitting leather garbs. Among the many princesses featured in this animation mash-up are Snow White, Ariel, Princess Aurora, Jasmine, Cinderella and Belle. If you’re a fan of irony, you’re probably chuckling to yourself at the thought of how ludicrous it would be to see Disney Princesses in a Frank Miller comic book. After all, Miller’s work is renowned for gratuitous violence, sex, drugs and strong language. Quite the departure for Disney characters, No?

Still, both Disney and Miller are masters of telling stories that resonate with mass audiences, which is why these Sin City Disney Princess posters are a pop culture junkie’s dream collaboration.
6.8
Score
Popularity
Activity
Freshness
Get the 2021 Trend Report FREE