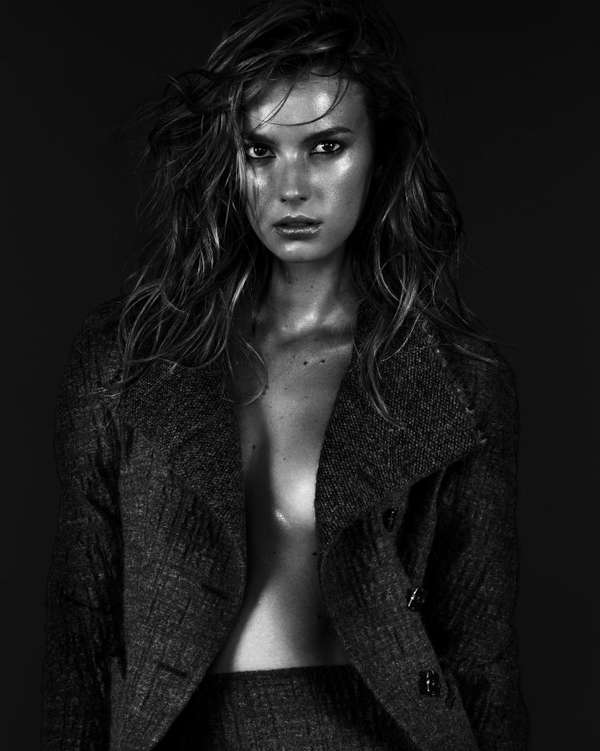 Sigrid Agren is the 20-year-old French phenom, currently signed to France's prestigious Elite Model Management, who has appeared in ad campaigns for Yves Saint Laurent, Chanel, and Stella McCartney, as well as walked in shows for top designers like Dolce & Gabanna, Christian Dior, and Valentino. Aitken Jolly is an internationally renown photographer, represented by Serlin Associates, a company with offices in three of the world's fashion centers -- London, Paris, and New York.

Which is why the Sigrid Agren-Aitken Jolly collaboration is important for Dansk's A/W 2011 issue, it combines two of the fashion world's biggest talents. My favorite image in the editorial features the 20-year-old French beauty wearing a pea coat, opened at the front. Her body glistens with moisture, and her eyes smolder with passion. If this picture doesn't convince you that Sigrid Agren is deserving of her superstardom, nothing will.