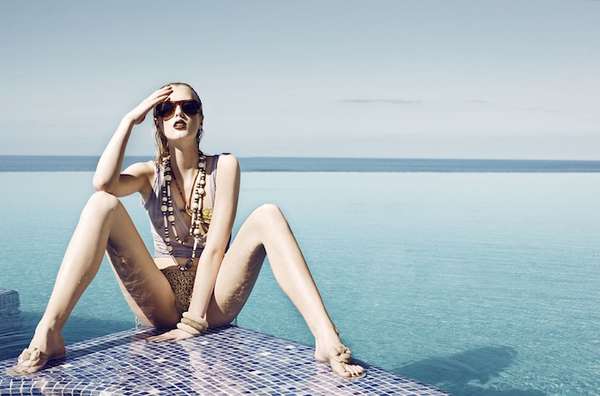 Signe Vilstrup's selected portfolio features a series of shots in a range of diverse and disparate locations. By the water, on the beach, in a bedroom, near a mirror, each shot features a model that effuses the confident and sexy aura models are renown for. Signe Vilstrup's skill lies in the ability to get her models to display sexual allure without losing elegance.

These skills have made Signe Vilstrup extremely popular among some of the world's most respected publications. Her work has appeared in bigwig fashion magazines like Vanity Fair, Style, and V Magazine. Signe Vilstrup's most recent work was published by ELLE Magazine.

Implications - One of the fastest and most effective ways a company can generate immediate brand interest is through advertisements that feature sexual content. By unabashedly appealing to a consumer's carnal desires, the company shows it is not bound by traditional marketing constrictions. Additionally, the ad will attract interest from a variety of sources, including loyal consumers, the media and the general public. It can be provide a brand with the distinguishing edge necessary for embedding the company's image in the subconscious of potential consumers.
6.5
Score
Popularity
Activity
Freshness
Attend Future Festival