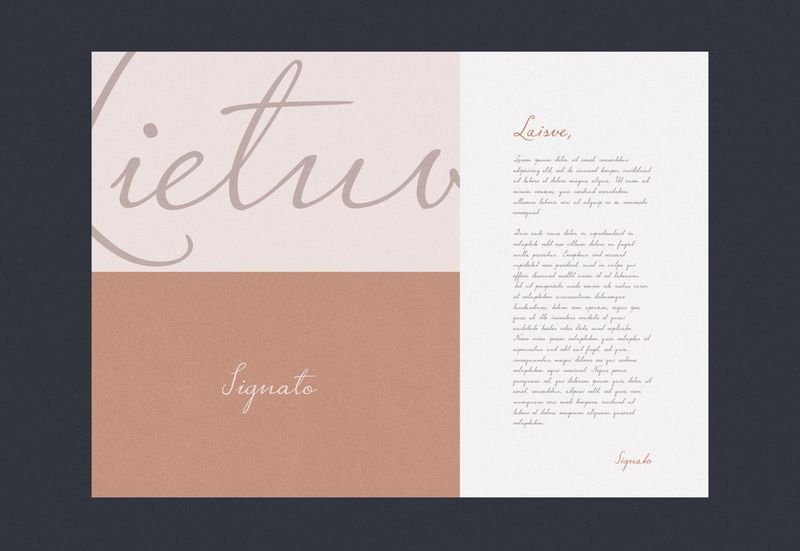 'Signato' is Based on Lithuania's Independence Document

Signato is an elegant cursive font that's directly inspired by Lithuania's most historic document. The independence declaration was handwritten by Jurgis Saulys, a politician and one of the twenty signatories to the document. Signato mimics his style, with similar curves, weighting, and idiosyncrasies.

For Folk, the lettering is emancipatory in and of itself. The document's totality is what officially made it legally binding, but Folk's creative director believes that "each line, word, letter, or even its curvature encodes our freedom." As such, the use of the font, no matter what that may be, makes a freeing statement about the nation as it is today.
0.9
Score
Popularity
Activity
Freshness
Get Better and Faster