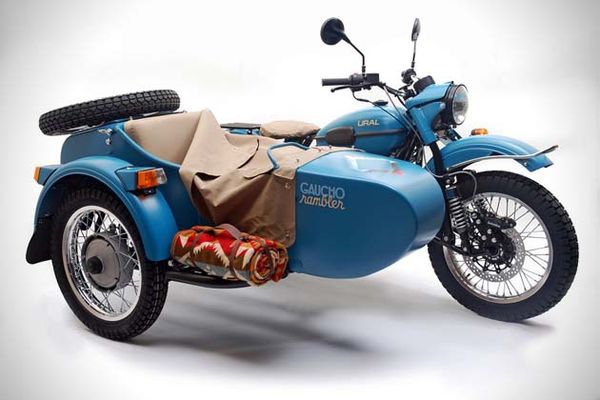 Ural teamed up with Pendleton for this three-wheeled motorcycle, which is actually a celebration of weaving textiles in America. The actual bike is meant to be a cruiser -- so don't take it onto any race tracks. It reaches a max speed of 65 MPH and is equipped with a 749 CC OHN, air-cooled, 4-stroke twin-cylinder engine, which pumps out 40 HP and 38 ft-lb of torque. You'll have enough to get up hills and even at full capacity, this bike will cut down the streets.

The Ural Pendleton Gaucho Rambler Sidecar Motorcycle is a perfect way of separating from the norm and is released in extremely limited quantities (50). Get yours now!
0.4
Score
Popularity
Activity
Freshness
Access Advisory Services

Sound-Pumping Motorbikes
The Marshall Dicycle Doubles as a Giant Speaker