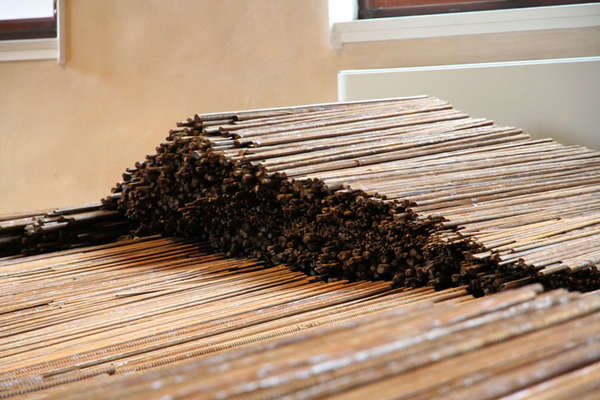 Laura McQuarrie — June 11, 2013 — Art & Design
References: designboom
Share on Facebook Share on Twitter Share on LinkedIn Share on Pinterest
Ai Weiwei collected and straightened 150 tons of rebar from the sichuan earthquake in China. The artist's quest to create this installation was drawn out and not without controversy. Weiwei hoped to collect all of the names of the students who die during the quake, and expose the Chinese government's doctoring of facts, which landed him in prison for 81 days in 2011.

After two years, 'Straight' was presented at the 2013 Venice Art Biennale. There is an eerie stilless in Weiwei's installation. The newly straight lengths of rebar are unceremoniously piled up in a room in Venice's Sant'Antonin Church, giving a sombre reminder of the staggering amount of destruction and 5,000 students who lost their lives during the earthquake five years ago.