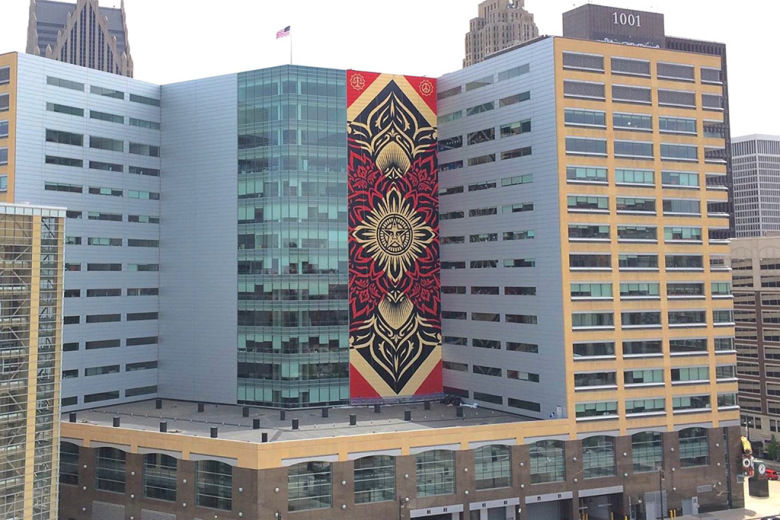 Corinne Guirgis — June 1, 2015 — Art & Design
References: obeygiant & hypebeast
Share on Facebook Share on Twitter Share on LinkedIn Share on Pinterest
The Motor city may be no stranger to graffiti, but the Shepard Fairey Detroit mural is a groundbreaking artistic statement by the Obey Giant that kicks off his return to the city for the first time in over a decade. The 180′ x 60′ mural is also the artist's largest work to date, earning itself prime real estate overlooking the city's downtown core.

The famed artist has not been shy about his love of Detroit, telling The Detroit News, “Everyone here is so enthusiastic. In Detroit, street art isn’t seen as vandalism, but as an enhancement. It’s quite a reversal for me.”

Further, The Shepard Fairey Detroit mural will not stand alone. The piece is a preview for the artist's 'Printed Matters' exhibition, which will focus on the importance of printed material in Fairey’s art, showcased at the Library Street Collective until late August.