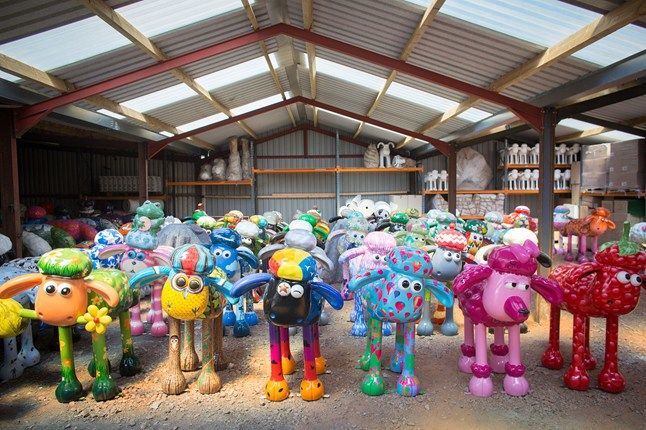 Malika Renee Butss — June 16, 2015 — Art & Design
References: shaunthesheep & vogue
Share on Facebook Share on Twitter Share on LinkedIn Share on Pinterest
The Shaun the Sheep cartoon is a favored television program in the UK. Created by Nick Park, the iconic sheep is seen having the usual sheep look. However, celebrities, designers and artists alike have redesigned the popular sheep for a very beneficial exhibition.

Organised by the Wallace & Gromit Children’s Foundation, this exhibition is called 'Shaun in the City.' From July 6th 2015 to August 31st 2015, the charity will be showcasing 70 refashioned Shaun the Sheep statues in green spaces across Bristol and London. After its artistic tour, each sheep will be auctioned off with all proceeds going to the Bristol Children’s Hospital Charity as well as children's hospitals across the UK.

For those who don't want to miss a single 'Shaun in the City' showcase, the official Shaun in the City: Sheep Spotter app is available for Apple and Android devices.
2.9
Score
Popularity
Activity
Freshness
Jeremy Gutsche Keynote Speaker