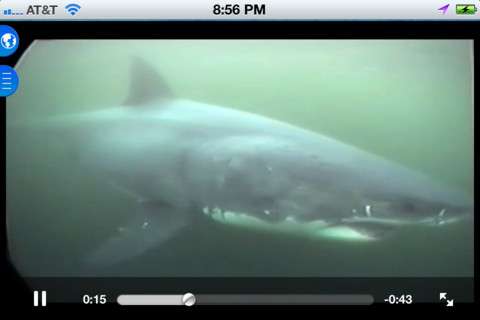 Shark Net Lets Users Track the Location of Nearby Sharks

Katherinev123 — August 22, 2012 — Eco
References: itunes.apple & wired
Share on Facebook Share on Twitter Share on LinkedIn Share on Pinterest
A team of Stanford University marine biologists have created the Shark Net app, an app that lets users track the existence and location of sharks. The innovative app uses wireless signals from mounted data receivers, as well as from Wave Glider robots, which are autonomous sea robots (made by the company Liquid Robotics) that glide through the ocean powered by solar energy and ocean waves.

The Shark Net app tracks sharks situated off the coast of San Francisco, from Monterey Bay to Tomales Point. The marine team is able to track tagged seals, whales, tuna, seabirds and turtles, in addition to sharks, and receives an alert whenever a tagged creature swims within 300 meters of one of the data receivers. Thus, every time the receivers pick up a tagged shark, an alert is sent to the Shark Net app to notify the user.