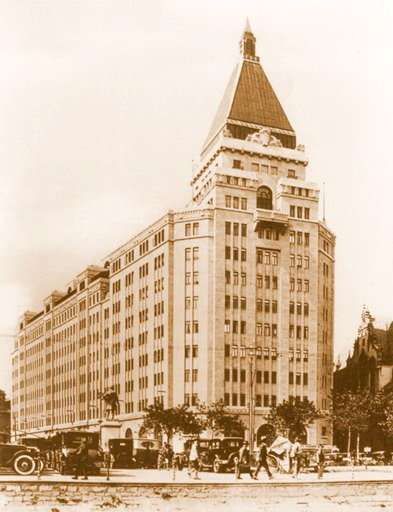 The US$300 per night charge has a reason. According to its design house, Santa Monica-based Hirsch Bedner Associates, the main features, such as the “Nine Nations Suites” and sprung-timber dance floor, will be kept with some redesign work, and a sky-lit swimming pool and a luxury spa will be added.

The long-time covered glass ceiling on the first floor will be unveiled as an attraction of the redesigned lobby. Guests can also enjoy the Lalique crystals collection inherited from the former owner Victor Sassoon, a British-educated Iraqi Jewish.

Once famed as the “First building in the Far East” back to the 1920s, and hosted celebs like Charlie Chaplin and Noel Coward, the Peace Hotel is owned by Jin Jiang International Hotels Group, and will be managed by Fairmont Hotels & Resorts.
3.5
Score
Popularity
Activity
Freshness
Jeremy Gutsche Keynote Speaker