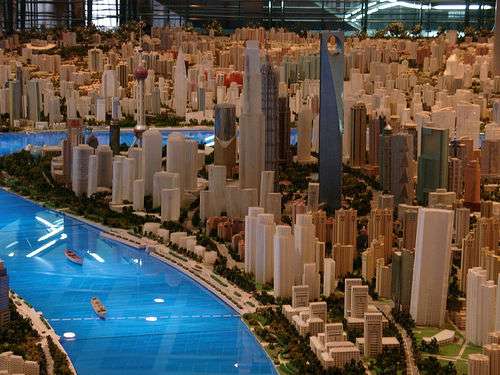 The model in the gallery, which was created to scale, is housed at the Shanghai Urban Planning Museum. The 1,000 square feet model takes up an entire floor of the building and is estimated to be the world's largest mini model of the Asian city.

Shanghai already has a population of 20 million, but since it is also one of the world's fastest growing cities, by the time 2020 hits, small space living will no longer be popular, but will become a necessity. Although Shanghai is trying to control population growth, this model doesn't show promise of that happening.

Beijing isn't far behind, with an estimated population of 21.4 million by 2020.