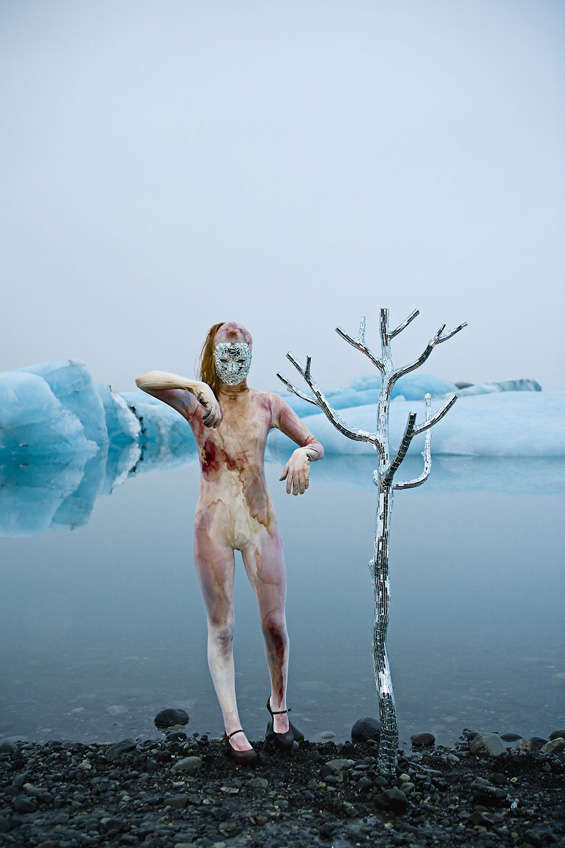 Meghan Young — May 8, 2013 — Art & Design
References: thecontemporary.org & beautifuldecay
Share on Facebook Share on Twitter Share on LinkedIn Share on Pinterest
Shana Robbin, a performance artist based in Atlanta, Georgia, stretches the boundaries of reality in her latest exhibit titled Supernatural Conductor. She certainly looks like some sort of supernatural being. Posing in carefully constructed sets and clad in equally thoughtful and thought-provoking costumes, Shana Robbin's work addresses the conditions of feminine power, natural phenomena, and cycles of life and death.

The photo-documentation of Shana Robbin's alter-egos revolve around such keywords as "altars, horror films, dream catchers, ghost in the machine, lasers, mirrors, parlor tricks, the failure of flesh, dancing, spinning, and the desecrated realm of beauty," as stated on her website. Showcasing her existing characters such as 'Tree Ghost' and 'This is Me Be Careful,' Shana Robbin gives audiences a glimpse into her creative and imaginative mind.
4.2
Score
Popularity
Activity
Freshness
Get the 2021 Trend Report FREE