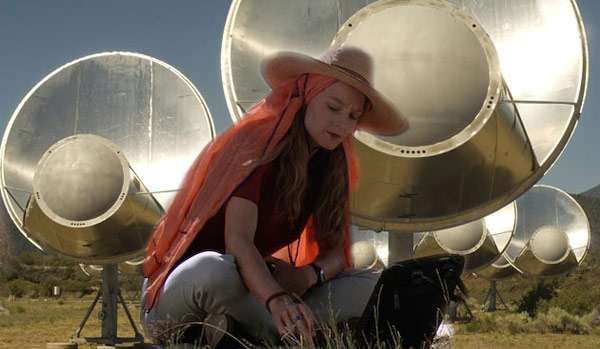 Omar Yusuf — August 13, 2011 — Social Good
References: forbes & engadget
Share on Facebook Share on Twitter Share on LinkedIn Share on Pinterest
The Search for Extraterrestrial Intelligence -- colloquially referred to as the SETI Institute -- is a not-for-profit organization whose stated objective is to scour the stars for signs of habitable planets, life and advanced species. Unfortunately, due to the uninspiring state of the global economy, it has since gone bankrupt, stranding humanity on Earth for the foreseeable future.

Luckily, however, the search for aliens continues thanks to the deep pockets of celebrities like Jodie Foster. The 48-year-old actress was stirred by a recent fundraising campaign by SETI called 'Those Who Believe.' The $200,000 raised by Foster and other believers is enough to keep the institute's radars scanning the skies for the coming months.

Considering our growing familiarity with astrophysics and exobiology, it seems that alien life is simply a statistical inevitability and those interested in advancing humanity's understanding of the heavens will continue to support initiatives like SETI.
0.4
Score
Popularity
Activity
Freshness
Get Trend Hunter Dashboard