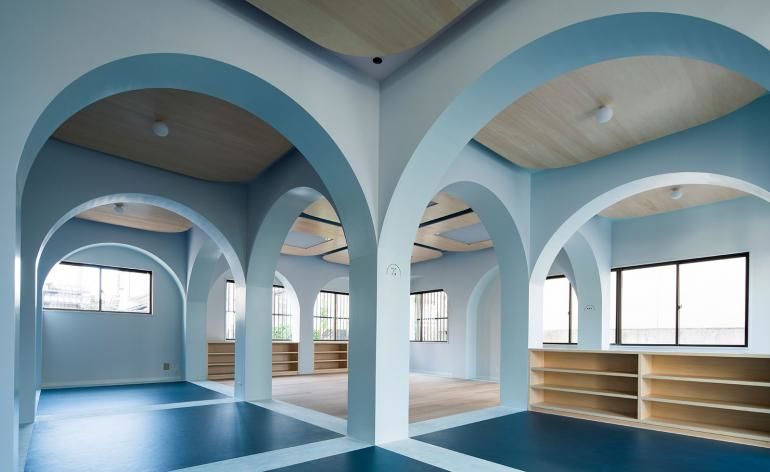 According to the people behind the redesign, the interior's aesthetic was purposefully modeled after the outdoors, in an effort to allow children to feel as though they were playing outdoors, while still confined to the safety of the indoor space. This was achieved through the use of multiple arched doorways, which act as an indoor forest for children to weave in and out of. In addition, these doorways are draped with translucent sheets, separating each of the rooms, while still remaining open concept in design.