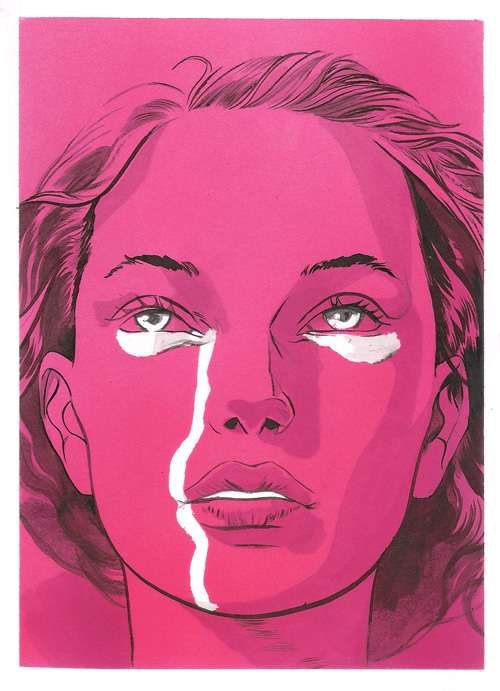 Sophia Pelka — March 8, 2012 — Art & Design
References: english.mashkulture.net
Share on Facebook Share on Twitter Share on LinkedIn Share on Pinterest
Senor Salme renders graphic illustrations by borrowing motifs from Greek mythology and applying them to pop culture. The juxtaposed use of muted tones and modern brights is refreshing and enticing. Salme's subjects are somewhat surreal, sparking unease and curiosity. The works are nonsensical and tease the brain, engaging the viewer in an attempt to piece together a narrative.

Senor Salme is a Spanish artist, based in Malaga, Spain. He is influenced by comic books, a myriad of painters and mythology. Though his digital works are spell-binding, he describes his style as "exhibiting a rather shameless submission to Photoshop." His mastery of minimalist lines and heavy toning is a exceptional. Salme frequently uses only one key characteristic to tie together a work, allowing for imaginative growth and exploration by the viewer.
6
Score
Popularity
Activity
Freshness
Attend Future Festival