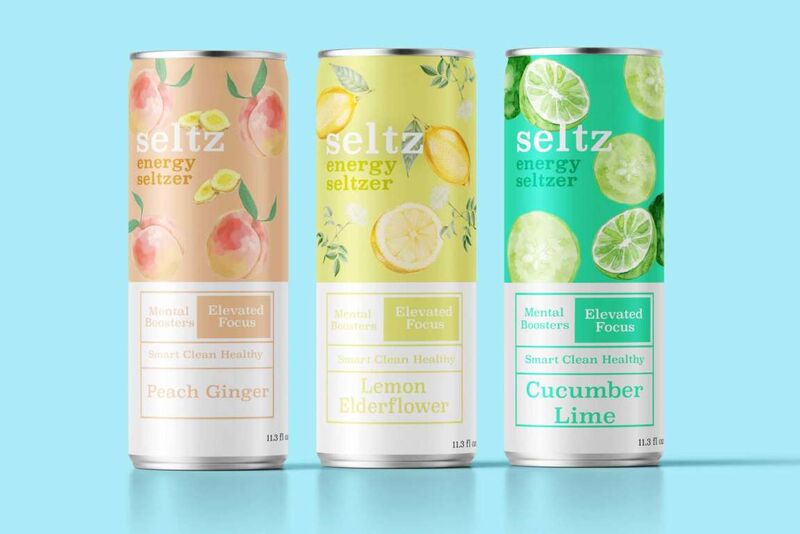 Niko Pajkovic — August 3, 2021 — Lifestyle
References: indiegogo & nhregister
Share on Facebook Share on Twitter Share on LinkedIn Share on Pinterest
Three students from Yale University have teamed up to launch Seltz, a part seltzer, part energy drink hybrid. The beverage is being targeted towards younger generations; in particular, students seeking a healthy alternative to traditional energy drinks, which are often consumed on campuses during late-night study sessions.

“Basically, we wanted to figure out the pitfalls of a normal energy drink and make it something you’d want to drink every day,” said Connor, the development specialist at Seltz. Accordingly, the team created an energy drink that tastes like seltzer and aimed to eliminate the unwanted effects of caffeine while still providing customers improved mental clarity. In addition, Seltz is made from entirely natural ingredients, contains zero sugar, and is only 5 calories per can.

The successful launch of Seltz represents yet another example of the way beverage companies are now blending categories in order to cater to a younger generation –a generation evidently interested in finding healthy, lightweight alternatives to dorm room staples of both the beer and energy drink variety.
7.2
Score
Popularity
Activity
Freshness
Get Trend Hunter Dashboard