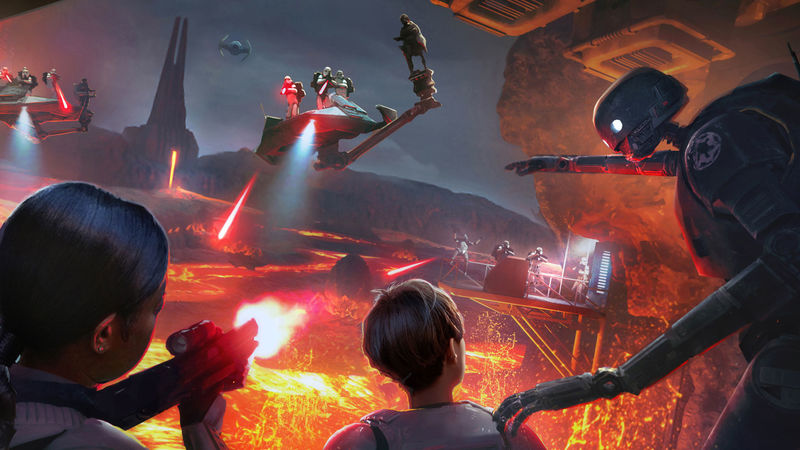 'Star Wars: Secrets of the Empire' is an Immersive Journey

Joey Haar — October 27, 2017 — Pop Culture
References: starwars & hollywoodreporter
Share on Facebook Share on Twitter Share on LinkedIn Share on Pinterest
Since Disney took the reigns of the Star Wars franchise, the content has been non-stop, and the deluge continues with 'Star Wars: Secrets of the Empire'. The immersive, "hyper-reality experience", as Disney is calling it, will plunge fans into the universe of Star Wars over the course of a 30-minute adventure.

Though Secrets of the Empire uses VR headsets, it's far more immersive than the average VR experience. For one, players will be able to move freely throughout the space in which it takes place, and the visuals on their headset will react in accordance with the limitations of the physical area around them. Further, players will be equipped with blasters that they'll need to make use of as they quest to defeat the reign of the Empire.

Secrets of the Empire will be available at Walt Disney World resort in Orlando and Disneyland Resort in Anaheim.
2.7
Score
Popularity
Activity
Freshness
View Innovation Webinars