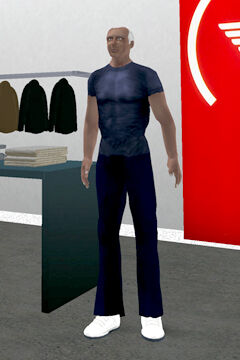 Bianca — October 7, 2007 — Marketing
References: style
If you're addicted to avatars, and you love fashion, you probably already knew that Georgio Armani set up shop in Second Life. Trend Hunter has featured real life businesses marketing in the virtual realm of Second Life before, but this is the first time we've seen a major step into virtual reality by fashion designers.

Last week, Armani unleashed his alter-ego, his virtual debut including a live interview with Style.com's Candy Pratts Price. The Italian designer thought this would be a good publicity stunt to mark the opening of his Second Life boutique.

"Visitors to this online emporium, a mirror of the designer's real-life concept store on Milan's Via Manzoni, will be able to buy Armani's wares virtually using Second Life currency (as well as actually buy them via a link to www.emporioarmani.com)," Style.com explained. "What we find most intriguing is the possibility of bumping into the designerâ€”or at least his avatarâ€”in the cafÃ©, bookstore, or among the racks of clothes. 'I am looking forward to meeting those Second Lifers who visit the store,' Armani said. 'My alter ego will be present much of the time to check on how the store is doing.'"

No word yet if sister Donatella will make her virtual debut. Style savvy Second Lifers would surely love to pick the fashionable brain of the platinum blonde designer. We'll have to keep checking back!

Until then, check out the clip to see the Italian designer's virtual interview:
3.8
Score
Popularity
Activity
Freshness