Top 30 Modern Trends in May 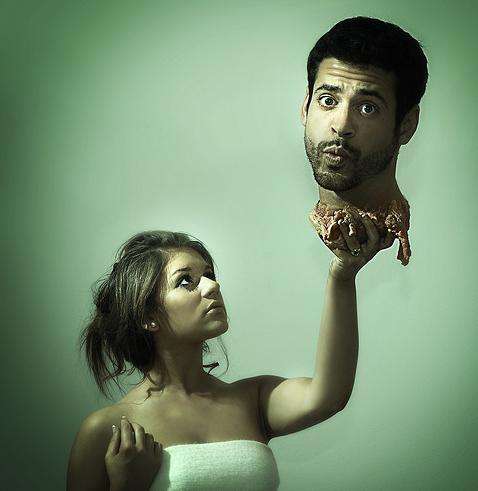 They posed together in each other’s photographs, alternating who was behind the lens to shoot in their own style.

Last time we featured their work, the set wasn’t complete, but they have since updated their Flickr account to include Envy, Greed, Pride and Sloth.

The couple actually met through Flickr three months ago, and after falling in love online, he went to visit in Europe where they have been busy shooting these photographs. Today they had to separate from each other, and Rosie wrote a heart-breaking dedication as a photo caption.

Both of their profiles are well worth taking a look at. Catch the first part of their Seven Deadly Sins shoot below, which includes Wrath, Lust, Gluttony.

100 Deliberately Decayed Finds
From Fruit to Fashion, These Innovations are Morbid and Macabre

19 Pieces of Gruesome Artography
A Bizarre Collection, From Murder Art to Photoshop Gore