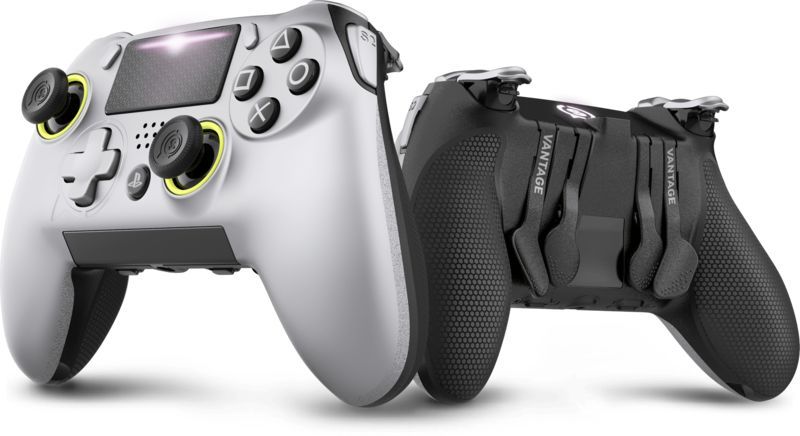 Joey Haar — May 22, 2018 — Tech
References: scufgaming & gizmodo
Share on Facebook Share on Twitter Share on LinkedIn Share on Pinterest
The Scuf Vantage, the company's newest PS4 controller, brings an unheard of degree of variability to the gaming experience. The hybrid gaming peripheral offers a rethought button layout and paddle structure that makes gaming the unique quarry of each and every player who picks up the sticks.

Throughout the history of gaming, controls were set and the variable was in players ability to use those layouts to their advantage. With the rise of modern gaming technology, variable controller layouts arose. Gaming layout became something like batting stances: the desired outcome is the same, but the setup to achieve that outcome is a matter of personal style, ability, and preference.

The Scuf Vantage achieves that degree of customization thanks to two bumpers and four paddles on the rear of the device as well as the standard four button layout and a touchscreen on the front.
4.1
Score
Popularity
Activity
Freshness
Get Trend Hunter Dashboard