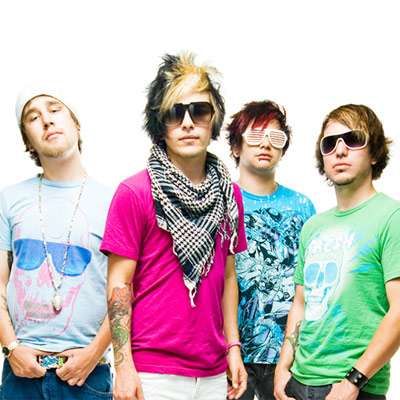 Wesley Yang — September 19, 2009 — Life-Stages
References: mothersagainstbrokencyde.net & myspace
Share on Facebook Share on Twitter Share on LinkedIn Share on Pinterest
Scrunk, also nicknamed “crunk-core,” is the new breed of music sweeping our youth. It seems like a mad experiment combining screamo, best known for its screaming vocals, and crunk, characterized by its looping drum machine rhythms. Despite how strange it sounds, the music is finding its way into more and more iPods--particulary among teens.

On the forefront of this movement is the band brokeNCYDE (pronounced “broke-inside”), who have built a devoted fanbase.  They have 9,000 friends on Facebook and over 200,000 fans on MySpace. Not only have they attracted support, but they have hooked the attention of critics as well. Thrash Magazine calls them a “mockery to the world of music.” There is even a group called “Mothers Against brokeNCYDE” devoted to defaming the music group.

The group’s first full-length release is titled “I’m Not a Fan… But the Kids Like It,” which is ironic because it perfectly captures how most people feel towards the music. However, despite the mixed reviews, the album debuted at #86 on the Billboard 200 in July 2009.

Whether you agree with the hundreds of thousands of fans or with the critics who want to bury the genre, scrunk is surely becoming something to watch out for.
3.3
Score
Popularity
Activity
Freshness
Attend Future Festival