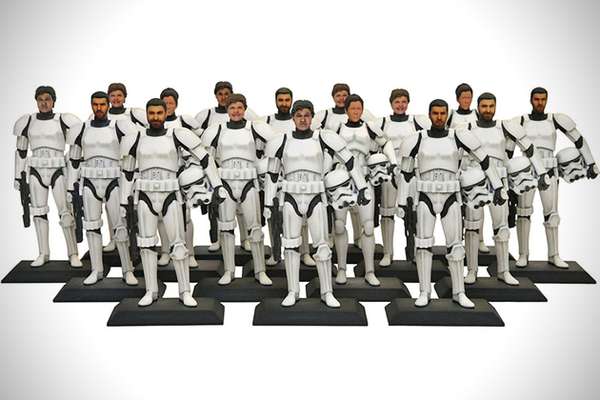 Star Wars Fans Can Have Their Faces Scanned onto Stormtroopers

Tana Makmanee — May 14, 2013 — Life-Stages
References: gizmodo & hiconsumption
Disney is offering hardcore Star Wars fans an opportunity to have their own completely customized Sci-Fi action figures by allowing fans to have their faces scanned onto Stormtrooper figurines.

As if a collection of infamous Stormtroopers weren't cool enough, the Disney corporation is allowing fans to put their own unique stamp on each figure by amazingly showcasing their faces on the Sci-Fi character. Offered for a limited time at Disney's Hollywood Studios in Florida, Star Wars fanatics have the chance to have their faces scanned by a single shot 3D face scanner, which will then be transferred onto the body of the action figure.

The next best thing from being in the movie yourself, these personalized Stormtrooper action figures are such a creative way for fans of the Sci-Fi saga to connect with the movie on an even deeper level.