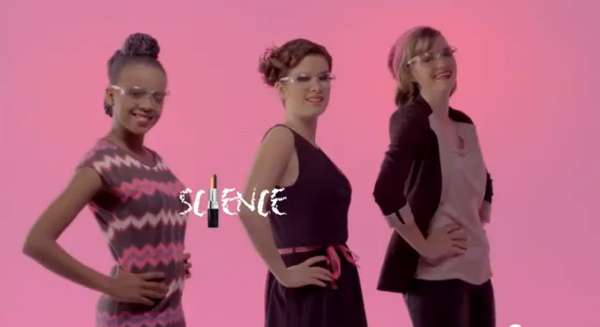 The 'Science, it's a Girl Thing' is Aimed at Women

Sarah Nazim — July 25, 2012 — Marketing
References: science-girl-thing.eu & forbes
Share on Facebook Share on Twitter Share on LinkedIn Share on Pinterest
The 'Science, it's a Girl Thing' campaign was created by the European Commission to try and encourage women to get into science careers. Due to the gender imbalance that exists in science-related fields, it was favorable to create a video that would entice its target audience.

Unfortunately, the video received mixed reactions, as it has been perceived as not fitting to the message it is trying to get across. There is a possibility that the director wanted to take a comical approach, while breaking the stereotype that scientists are "nerdy," or "un-cool." It is definitely a positive step that the European Commission has decided to take in order to attract women into science fields.

When creating campaigns, it is important to find effective ways to communicate with the target audience. Oftentimes, a poorly led initiative can lead to bad press, and ultimately a negative return.
1.6
Score
Popularity
Activity
Freshness
Attend Future Festival