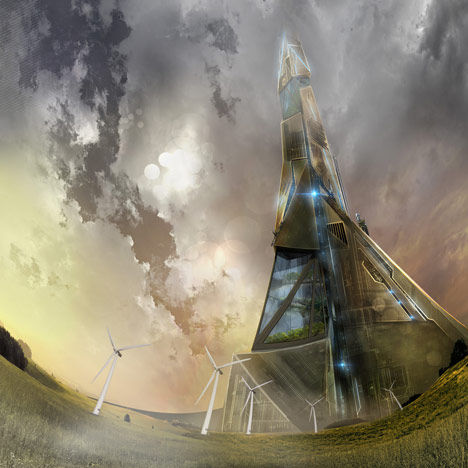 Before becoming an author, Stephenson studied physics, familiarizing him with issues like wind pressure and the constraints of today's building materials. He claims that one day, "high-grade steel could one day be used to build a tower that is around 24 times as tall as the 830-metre Burj Khalifa," which is currently the world's tallest man-made structure.

The proposed design of 'The Tall Building' is part of 'Project Hieroglyph,' which aims to bring the visions of sci-fi writers into reality. Stephenson imagines that this structure would tower over the ground at over 12 miles high and because of its height, it would become one of the most cost-effective ways to send objects into space.
1.7
Score
Popularity
Activity
Freshness
View Innovation Webinars