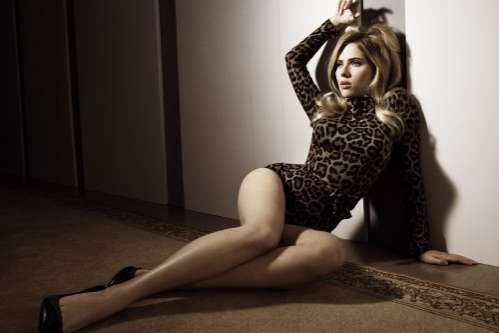 Scarlett Johansson’s singing partner in the the nine-song album is Pete Yorn. The first single, “Relator,” deals with relationships between couples who do not relate to each other. They are together, but they could end their relationship and go their separate ways at any moment.

Pete Yorn explained the origins of the album, “I was having a strange week of insomnia and when I finally passed out, it came to me in a dream. I woke up and the whole thing was in my head, fully formed.”

Yorn wrote eight original songs for the album. The ninth song is a cover of Big Star’s “I Am The Cosmos.”

The album will be released on September 8, 2009. The single is already on iTunes, and you can stream it at the album’s official site.
6.3
Score
Popularity
Activity
Freshness

Razor-Thin Smartphone Grips
The Ohsnap Grip Works with Any Smartphone