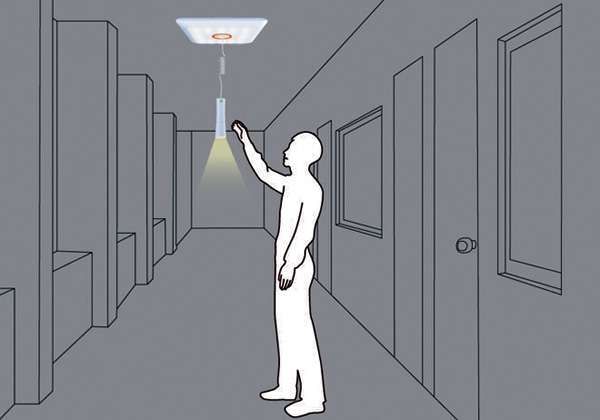 Michael Hines — June 20, 2012 — Art & Design
References: yankodesign
Share on Facebook Share on Twitter Share on LinkedIn Share on Pinterest
Ceiling lights aren't much help in natural disasters, unless they're designed like the SAVE:US. This ingenious ceiling light is meant to double as a GPS-equipped flashlight in the event of an emergency. The flashlight was designed by Jo Joo Hyun, Choi Sung Hun, Jin Min Hee and Park So Jeing.

When there isn't an emergency or monster attack going on, SAVE:US acts and looks just like a normal ceiling light. However, when the stuff hits the fan, this seemingly ordinary lighting fixture springs into action. The flashlight is charged using standby power, and is easy to remove from its base. The built-in GPS ensures that you don't have to deal with darkness and being forever lost. Disaster designing is more popular than ever now, with creatives dreaming up new ways to help people survive in worst case scenarios using multifunctional items.
1
Score
Popularity
Activity
Freshness
Access Advisory Services