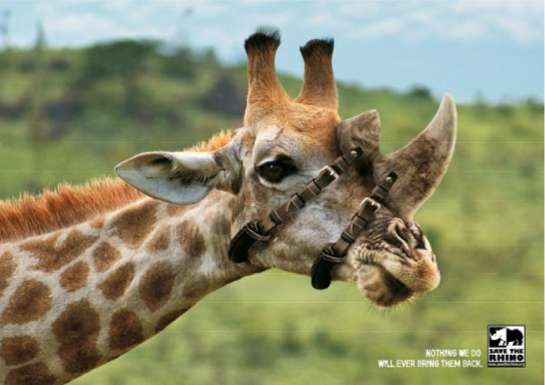 The Save the Rhino Campaign Describes an Irreplaceable Creature

Amelia Roblin — January 15, 2011 — Eco
References: savetherhino.org & coloribus
If the rhinoceros becomes extinct, there's no way that any other animal could take its place, as the Save the Rhino campaign communicates. These amusing advertisements target a broad audience and convert the public to the cause of helping endangered wildlife.

The Save the Rhino campaign prints were created by Stick Communications, and capture disguised African creatures, including a zebra, a giraffe and a springbok wearing strapped-on rhinoceros horn masks. In the words of the ads, "Nothing we do will ever bring them back," because just about any suggestion would be as silly is this one.
3.2
Score
Popularity
Activity
Freshness

Protester Armor
The C.O.P Suit Helps Protect You While You Stand For Your Cause