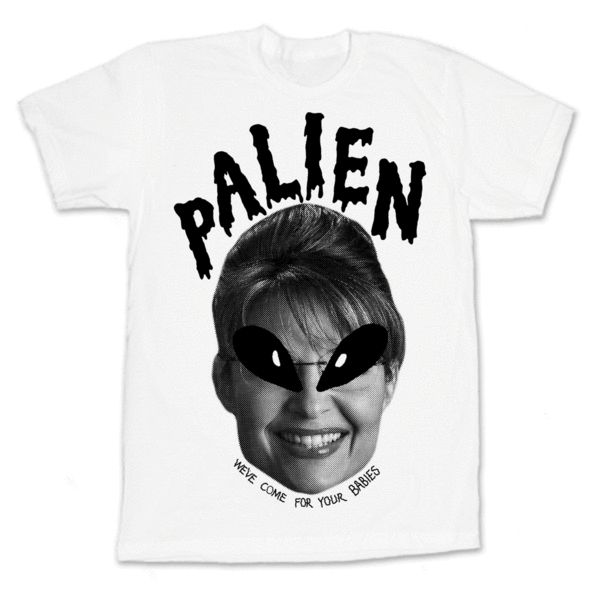 This Sarah Palin T-Shirt Features an AlienVersion of the Governor

Vasiliki Marapas — October 1, 2014 — Fashion
References: store.printliberation & shop.nylon
This Sarah Palin T-shirt by Print Liberation imagines the 2008 US Vice Presidential hopeful as an extraterrestrial. The shirt, which reads "Palien" across the front, also features a close-up image of Palin's face, partially obscured by a pair of superimposed alien eyes.

Some of the things that Palin said during her campaign had many of us wondering if she was really from this planet. If anything, her being an alien would explain how she could see Russia from her house -- and by "house" I do mean her UFO.

Palin's antics may have been eclipsed by Toronto Mayor Rob Ford as of late, but that doesn't make them any less funny! Republican or democrat, anyone can get a kick out of this hilarious Sarah Palin t-shirt by Print Liberation.