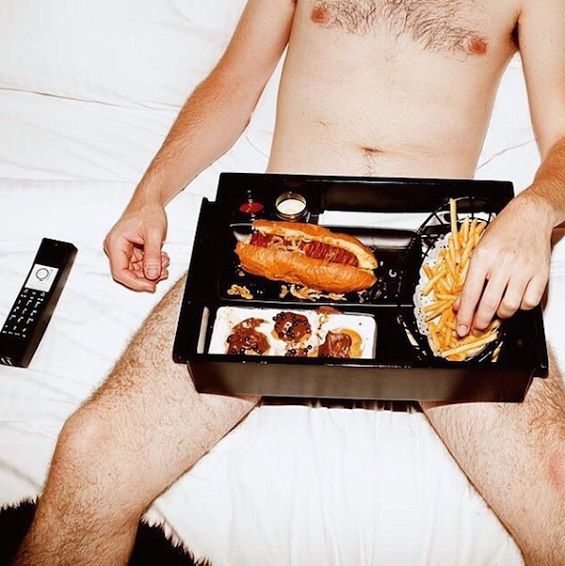 Meghan Young — February 6, 2015 — Fashion
References: raisedbythewolves.au & beautifuldecay
The intimacy captured in Sarah Bahbah's latest photo series is not unhealthy, but there is an unhealthy aftermath that often happens are such pleasure is achieved. Titled Sex and Takeout, the series focuses on the food consumed during such states of heightened sexuality. Whether wanting to continue the pure pleasure of the moment with greasy food or simply not wanting to step away to prepare something healthier, Sarah Bahbah's subjects are definitely living in the moment.

Satisfying and intriguing in a way that many voyeuristic photo series have not managed to be, Sarah Bahbah's Sex and Takeout series will have viewers craving something similar. Overall, there is a carefree element that will resonate with the audience.
6.5
Score
Popularity
Activity
Freshness