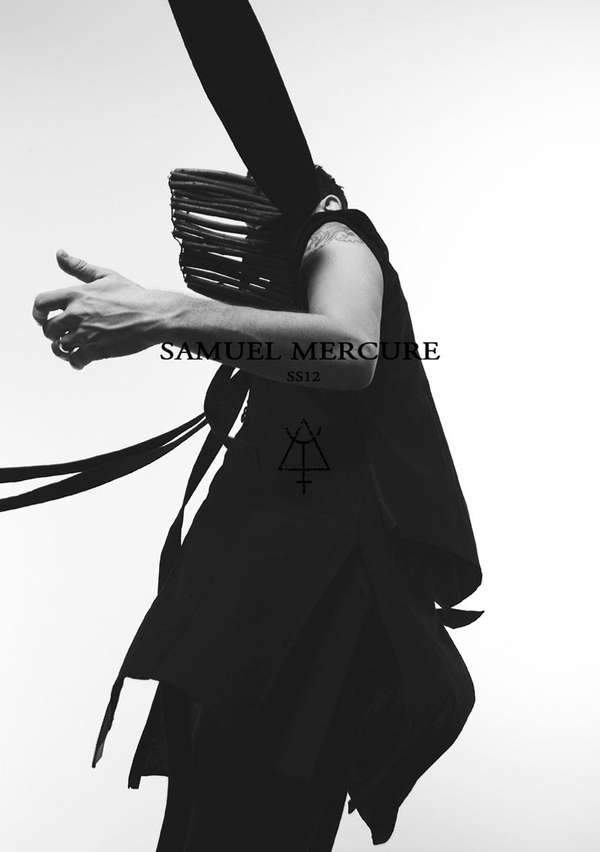 John Ibbitson — February 14, 2012 — Fashion
References: samuelmercure & fuckingyoung.es
Share on Facebook Share on Twitter Share on LinkedIn Share on Pinterest
Strapped and draping fashion is photographed the way it should be, in movement, in these striking images for the Samuel Mercure Lookbook of its Spring/Summer 2012 collection. The range of monochromatic clothing, worn here by model Chris Naismith, was shot by Mathieu Fortin in high-speed, sharp contrast, black and white photography.

The images all feature shots of the athletic-looking model captured in motion, which creates some powerful, dynamic poses that just so happen to also showcase the clothing's postmodern details. Strapped pieces cut through the air, while the looser elements of these designer duds almost seem to float in it. Giving new meaning to the words parachute pants, artist Chris Naismith has created a Samuel Mercure Lookbook that will have you performing leaps and bounds to get some of it.
2.9
Score
Popularity
Activity
Freshness
Attend Future Festival