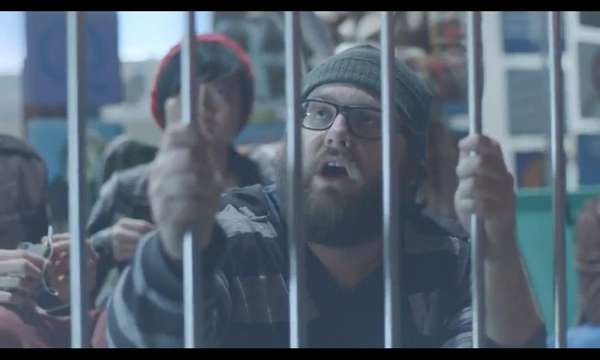 The Galaxy SII Just 'Samsunged' the Competition in a Superbowl Ad

Josh Mears — January 24, 2012 — Pop Culture
References: 72andsunny & adweek
Share on Facebook Share on Twitter Share on LinkedIn Share on Pinterest
Mac lovers everywhere look out, the new Galaxy S II ad is on a mission and if you're not part of it, then prepare to get 'Samsunged.' Samsung's Galaxy SII ad has continued its attack against Apple phones. Previously the cell phone company had released an attack ad to make fun at those waiting for the new iPhone release and now this one picks up from where the previous left off.

In this Samsunged ad, Apple hipsters again wait feverishly, this time for the first "un-boxing" video.Then the suave tech-savvy hero arrives and shows off his new Samsung with its turn-by-turn directions and face detection features. The waiting hipsters then groan, "Aw! We just got Samsunged".

This new Samsunged ad will be released at this year’s Superbowl, which showcases the Patriots and the Giants in a rematch of the 2007 Superbowl. Samsung is vying to take a chunk out of Apple's dominance this year.
1.2
Score
Popularity
Activity
Freshness
Get Trend Hunter Dashboard