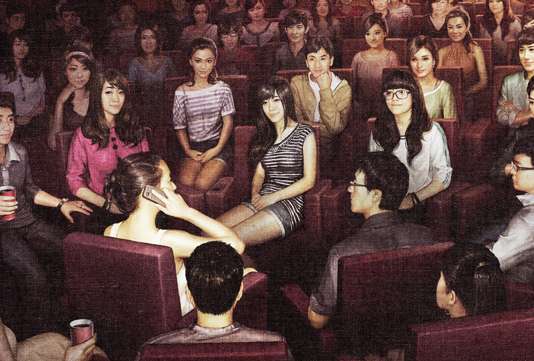 Amelia Roblin — December 14, 2011 — Tech
References: cheil.cn & adsoftheworld
The approach that this Samsung 'appropriate' campaign has taken is a rather unusual one, communicating its message in a somewhat patronizing way. The public is used to seeing cellphone ads that emphasize the freedom and possibility that go hand in hand with possessing a cutting-edge handset, but this set of prints actually informs of some restriction.

The Cheil China advertising agency of Beijing have illustrated three different scenes in a church, a theater and an auditorium, with audiences who are meant to be focusing their attention on a wedding, a stage performance and a speech. However, the typical scenario has been altered because each of the pews and seats have been reoriented to face a single spectator who is talking on his cellphone. This Samsung 'appropriate' campaign explicitly requests that people use their cellphones appropriately.
2.2
Score
Popularity
Activity
Freshness