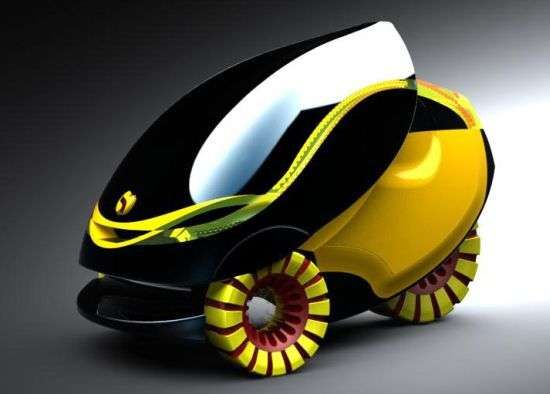 The 'Sampdesign Neo' Has Three Wheels for a Safer Ride

What makes the ‘Sampdesign Neo’ different from other smart cars is that its designer, Maruicio Sampaio, created it with three engines embedded in each wheel and an LED light surrounding the entire exterior. Essentially, you’ll be able to ride the ‘Sampdesign Neo’ in cramped city roads—at night—and not have to worry about safety. This zero-emission car also features a single door that opens from the front, and the entire body is crafted entirely of biodegradable plastic—which means maximum eco-friendliness.
3.7
Score
Popularity
Activity
Freshness
View Innovation Webinars