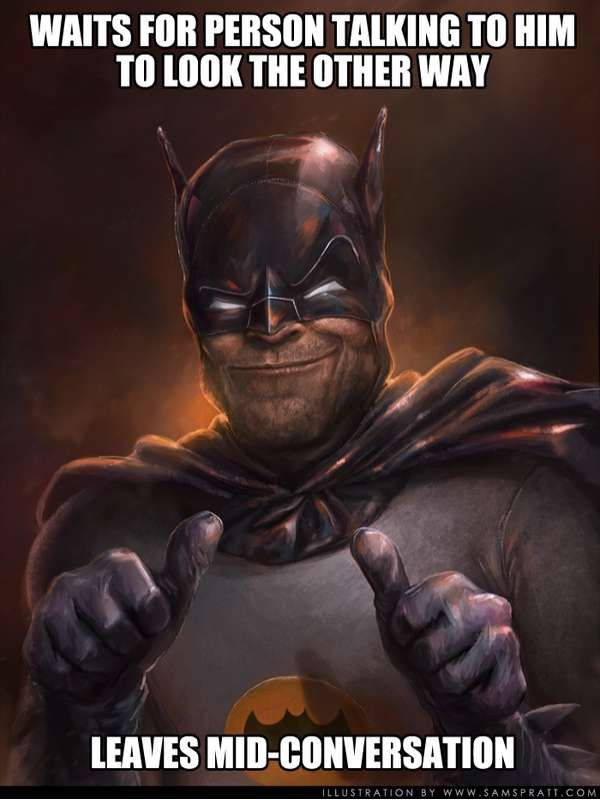 Drawing inspiration from The Goddamn Batman meme, Sam Spratt's image of the Dark Knight comes off as childish and arrogant, with thumbs proudly raised and a self-assured smirk that would put even Tom Cruise to shame. Spratt hopes his image will be used as a template for an Internet phenomenon that denotes why the Caped Crusader and his real identity of Bruce Wayne is in fact an ass.

My favorite of the memes created so far is the one that pokes fun of Batman constantly disappearing in the middle of conversations as people's backs are turned. Sure, it may look cool in movies, but it'd be extremely annoying to experience in real life.
4.7
Score
Popularity
Activity
Freshness
View Innovation Webinars