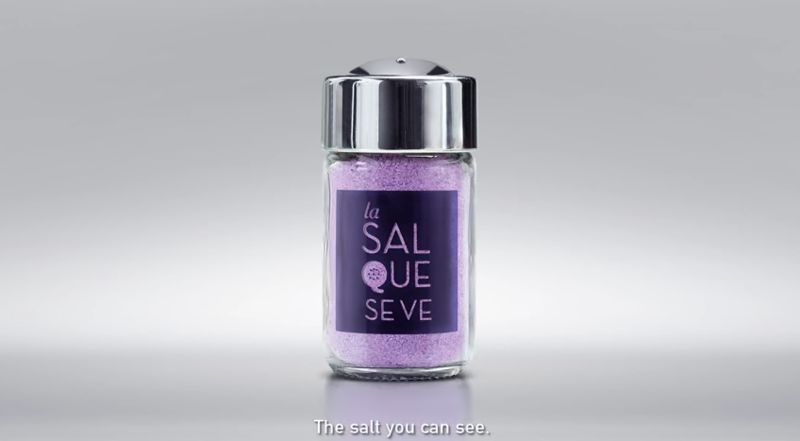 Laura McQuarrie — June 24, 2015 — Lifestyle
References: fundacionfavaloro.org & creativecriminals
Share on Facebook Share on Twitter Share on LinkedIn Share on Pinterest
In Argentina, it's estimated that salt consumption for the average person is about 15 grams of salt per day, an excess that can be quite damaging to one's health. In an attempt to raise awareness about this during World Salt Awareness Week, the Fundación Favaloro created 'The Salt You Can See.'

By simply adding pink, purple, blue or green pigment to the salt crystals, the amount that is being added to food became much more apparent. As part of the awareness initiative, the vibrant salt shakers were distributed in supermarkets, restaurants, in public places and on social media.

Since the use of too much sugar is often criticized in a similar way, it would be easy to imagine a similar colorful product geared towards the movement of "sugar as the enemy."
2.2
Score
Popularity
Activity
Freshness
Jeremy Gutsche Keynote Speaker