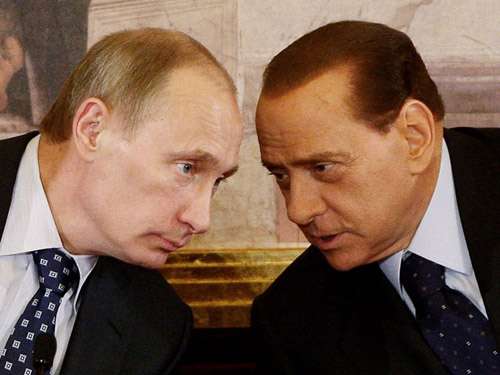 Jordy E — March 5, 2012 — Pop Culture
References: rferl.org & guardian
Share on Facebook Share on Twitter Share on LinkedIn Share on Pinterest
The recent launch of Teatr.doc’s satirical play 'BerlusPutin' has received a warm welcome among Russia’s thespian community. Based upon a dramatization of the newly elected President Vladimir Putin’s most evident flaws, the performance has already sold out until this coming April.

While critics may argue that the parody is outlandish given the adulterous portrayal of the Russian President as a character who shares a brain with former Italian PM Silvio Berlusconi, supporters of the political parody have upheld their belief in the script’s underlying truths.

Albeit the fictional nature of the theatrical display, the Director of BerlusPutin Varvara Faer has maintained that it speaks to the pervasive political unrest that has been plaguing the nation. Specifically, Faer voiced that the impetus driving the project has been to “...show our political position after 20 years of silence and passivity. People who come here are generally fed up with the way the government has been humiliating them.” With the house entirely sold out, it would appear that Faer’s conviction has resonated with the Russian public.
1.3
Score
Popularity
Activity
Freshness
Attend Future Festival Virtual