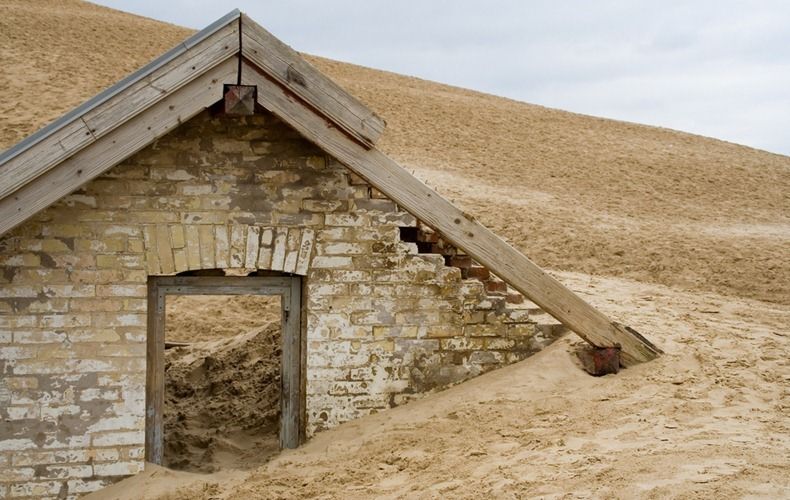 The Rubjerg Knude Lighthouse Photos are Obscured by Sand Heaps

Jordy E — April 29, 2012 — Fashion
References: flickr & amusingplanet
Share on Facebook Share on Twitter Share on LinkedIn Share on Pinterest
The Rubjerg Knude Lighthouse is located along northern Denmark's North Sea Coast. Once used to support security in the region, it was first lit in December of 1900. The structure was deliberately built on the slope's uppermost point, precisely 60 meters above the sea level and approximately 200 meters inland. While the erosion could not have been predicted then, these pictures reveal that due to environmental occurrences, it has become dilapidated.

The Denmark landmark is now buried beneath heaps of sand. The passing of decades came with the movement of the sea, bringing the waters closer and closer to the Rubjerg Knude Lighthouse. This movement of the sea was naturally accompanied by heaps of sand, which began to pile up around the base. While efforts were made to remove the sand, it was eventually abandoned. These images reveal what has come of this abandonment, demonstrating the transience of human construction.