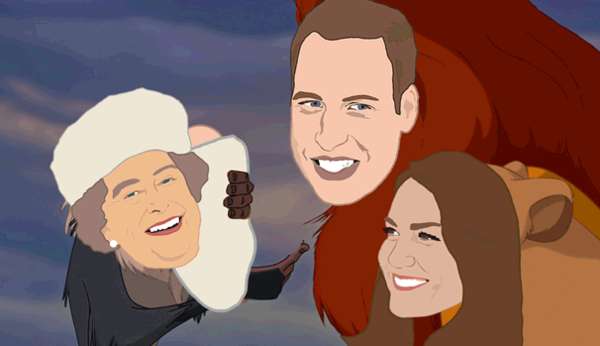 While GIFs have exploded in popularity over the Internet, it's no surprise that a GIF was made to commemorate the iconic birth of royal baby George. This Lion King-inspired take on Kate Middleton's birth is comical and well-executed. Kate Middleton has been transformed into the cartoon lioness Nala, Prince William into Mufasa, Queen Elizabeth into Rafiki and baby George into Simba. Together, the animal-inspired royal family acts out the birth of Simba -- now baby George -- on the famous Pride Rock.
4.9
Score
Popularity
Activity
Freshness

Free Online Happiness Courses
Yale is Offering a Free Course to All, 'The Science of Well-Being'