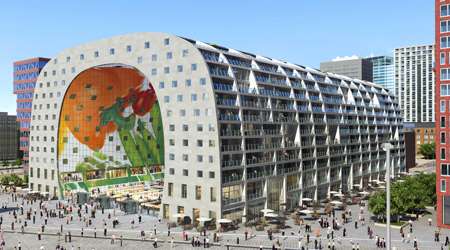 What I mean is, the incredible arching construction and systematic window placements of the Rotterdamn Market Hall has lent it an uncanny resemblance to a gigantic cheese grater—which of course, the Dutch architects MVRDV probably did not intend. The Rotterdamn Market Hall is actually a huge marketplace and living space planned to be finished in 2014, that will house 100 market stalls, shops and restaurants, as well as a plethora of apartments.
4.2
Score
Popularity
Activity
Freshness
View Innovation Webinars