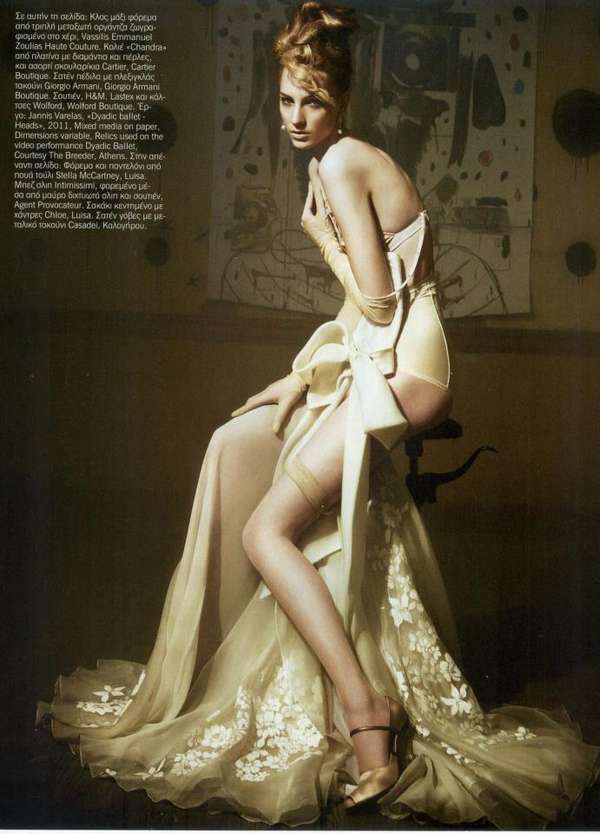 Souzan Michael — January 12, 2012 — Pop Culture
References: fashionteria & fashnberry
If your new year's resolution for 2012 was to update your wardrobe to include more timeless, elegant pieces, then the Rosanna Georgiou Vogue Hellas photo shoot is just the thing for you.

The Greek model stars in the gorgeous fashion editorial shot by photographer Thanasis Krikis for the magazine's January 2012 issue. Who doesn't want to start off their year with a little bit of sophistication and glamor?

The buxom blond wears pieces from some of the most prestigious design houses in the world, such as Ralph Lauren, Giorgio Armani, Stella McCartney, Valentino and Dior.

Dramatic smoky eyes and an out-of-this-world hairdo make the Rosanna Georgiou Vogue Hellas photo shoot truly unforgettable and one of the most elegant editorials of the season.
2.8
Score
Popularity
Activity
Freshness