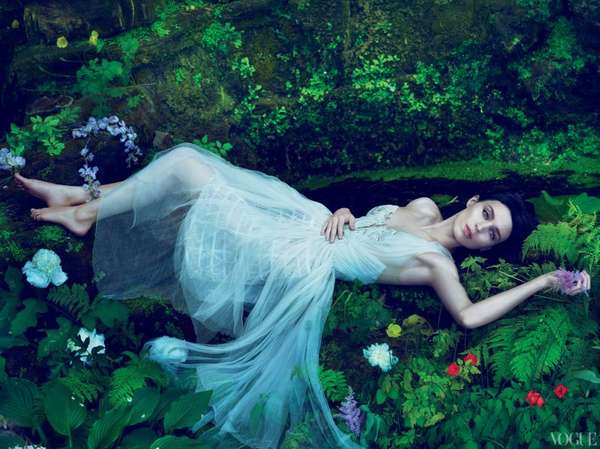 Marie C. Hudson — October 18, 2011 — Pop Culture
References: vogue & fashiongonerogue
Share on Facebook Share on Twitter Share on LinkedIn Share on Pinterest
Just as I was getting used to the idea of Rooney Mara playing the gritty role of Lisbeth Salander in the American 'The Girl with the Dragon Tattoo' adaptation, the Rooney Mara Vogue November 2011 shots are released, showing an uber-feminine and glamorous starlet.

Lensed by photography duo Mert and Marcus, the 26-year-old actress looks absolutely stunning in the ethereal-inspired editorial, proving that she's perfected both the grungy badass look of Salander and the classic Hollywood glam image. Styled by Tonne Goodman, Mara dazzles in gowns from top designers like Alexander Wang, Marchesa and Calvin Klein.

Set for a December 21, 2011 release, The Girl with the Dragon Tattoo is sure to give the American actress all the attention and recognition she deserves. If you already can't get enough of her, check out this Rooney Mara Vogue November 2011 editorial for some fierce photos of the star!
5.9
Score
Popularity
Activity
Freshness
View Innovation Webinars