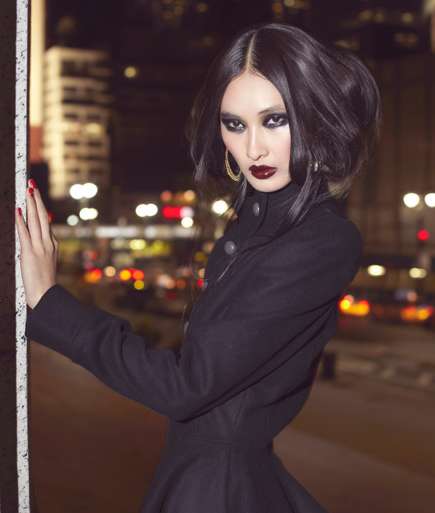 Room 1723A by Natalie J Watts Recreates a Nightclub Scene

Sarah Robson — June 28, 2012 — Fashion
References: nataliejwatts & citiboyswag.blogspot
Room 1723A by Natalie J Watts captures an intimate couple in the city at night. Watts has recreated the underground private clubs that were popular in the 1930s and 1940s.

Stylist Ise White adorned the female model Dinara Chetyrova in seductive and sheer formal wear, and the tattooed model Bradley Souileau in a ruffled suit. The idea behind this photo shoot was to show the exclusive bar scene with a dominant female figure. Watts chose an old hotel in NYC as her location, and its dark oil paints create a beautiful scene with a badass touch.

Since Watts was seven years old, she has been interested in photography, and her love for Burlesque can be seen through her photography shoots. In 2007, Natalie J Watts worked at ASOS.com in the Stills Studio, and since 2010 she has been working as a freelance photographer.