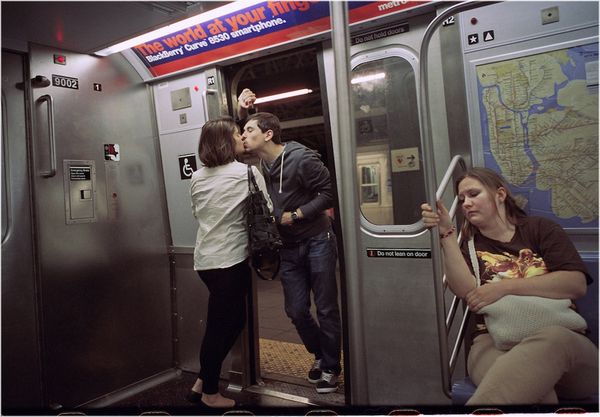 Vasiliki Marapas — October 4, 2013 — Fashion
References: slate & huffingtonpost
Share on Facebook Share on Twitter Share on LinkedIn Share on Pinterest
Matt Weber made the transition from NYC cab driver to photographer in 1978 and has been documenting the city streets ever since; now, his photos have been collected in a glossy coffee table tome entitled ‘The Urban Prisoner.’ Though Weber has captured his fair share of gritty, raw photography depicting crime, homelessness and the indifference of the bustling streets, he has also seen some precious, loving moments.

Weber enjoys capturing spontaneous, impulsive instances, which are often the stuff romantic moments are made of. He says, “Occasionally, it’s over the top. Young people tend to do that – spend half an hour groping. Maybe it’s not exhibitionism so much as being overwhelmed.” Whether it’s first-time teenage lust or the decade-defying romance of adults, Weber has captured it all.
6.8
Score
Popularity
Activity
Freshness
View Innovation Webinars