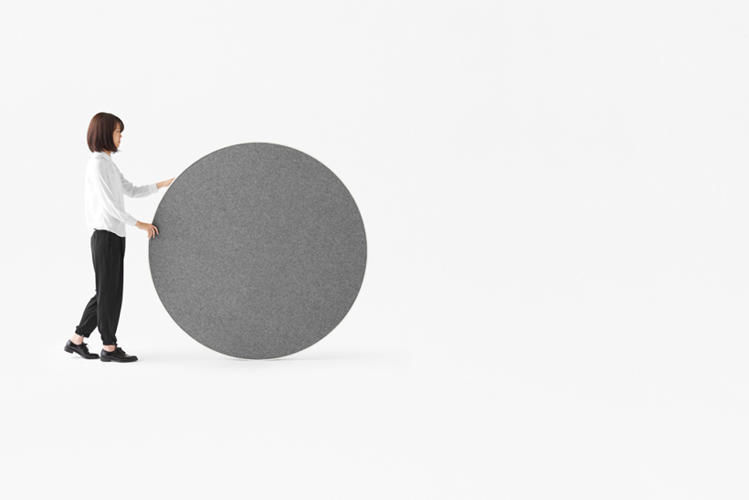 Joey Haar — October 20, 2016 — Art & Design
References: orgatec & fastcodesign
Share on Facebook Share on Twitter Share on LinkedIn Share on Pinterest
'Rolling Workspaces,' an exhibit at the Orgatec 2016 furniture fair in Cologne, Germany, encouraged designers to incorporate rolling objects into the modern workplace. For its entry, Japanese design firm Nendo created a set of rolling whiteboards that make it easier for office employees to get brainstorming tools from room to room.

Nendo's whiteboards offer two main benefits. Firstly, as mentioned above, the circular design makes it easy to roll the whiteboards anywhere in an office to set up an impromptu brainstorming session. Aside from that practical benefit, though, the rolling whiteboards also fulfill one of the more conceptual requests of the Rolling Workspaces exhibit.

Because the whiteboards are circular rather than rectangular, Nendo believes that they will encourage less linear modes of thought as a result of having to interact with the writing space differently.
4.2
Score
Popularity
Activity
Freshness
Attend Future Festival Virtual