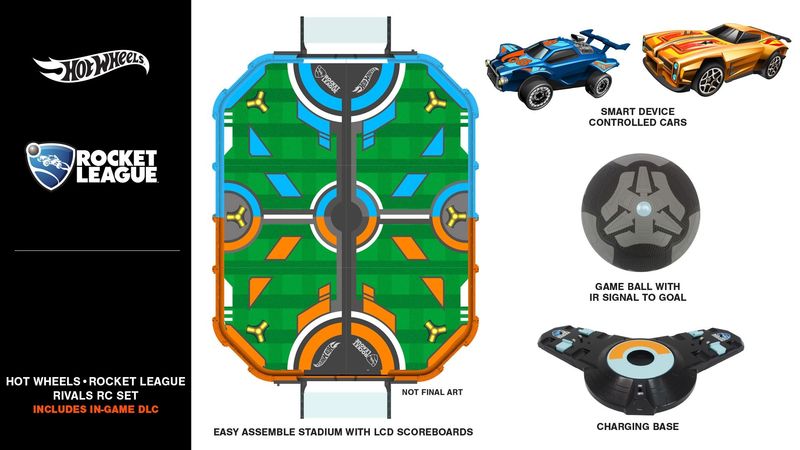 Justin Lam — February 20, 2018 — Tech
References: gizmodo & engadget
Rocket League has taken the gaming world by storm, but a recent partnership with Hot Wheels has the popular video game branching out into branded Rocket League RC cars. The cars will come in two variations, both of which were based of the Octane and Dominus models in the game. The cars will not feature a physical remote and will instead be controlled with an accompanying app for smartphones and tablets.

The Rocket League RC cars will not come along, as an entire playing field and ball will also come with the cars. The Rocket League kit will allow users to play the virtual game in real life and is sure to bring about the same levels of excitement and panic associated with the video game. The kit comes with an over-sized ball and mat, which unfolds to look exactly like the in-game arena.