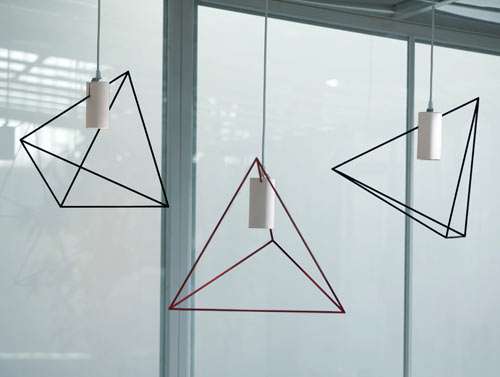 Rock Garden by Kazuhiro Yamanaka is Modern and Austere

Meghan Young — June 19, 2012 — Art & Design
References: pallucco & design-milk
Share on Facebook Share on Twitter Share on LinkedIn Share on Pinterest
Despite the simple lines and shapes of the Rock Garden light fixtures, they are completely captivating. As its name suggests, it is inspired by the austere beauty of a Japanese rock garden. A modern interpretation of such a traditional practice, the 'lampshades' mimic the sharp angles and clean silhouettes of the object they are named after.

The Rock Garden light fixtures were created by Tokyo-born, London-based industrial designer Kazuhiro Yamanaka for Italian furniture manufacturer Pallucco. Available in two sizes, the lamp is either made up of one pyramidal shape or, as in the larger version, three. The latter option allows people to arrange the 'rocks' on a rectangular frame in a configuration that pleases them, embodying the true essence of a rock garden.
4.2
Score
Popularity
Activity
Freshness
Get the 2021 Trend Report FREE

Device-Dimming Lighting
The Okay?! Reading Lamp Diminishes With Every Electronic Plugged In