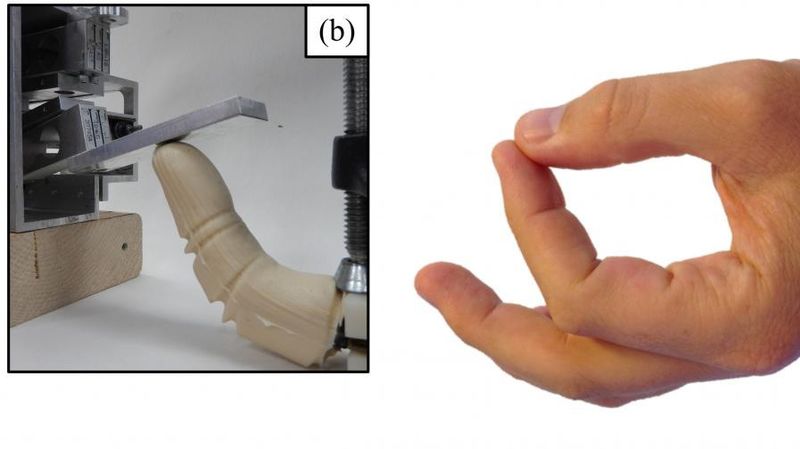 These Robot Fingers Curve and Straighten When Heated and Cooled

Rahul Kalvapalle — October 13, 2015 — Tech
References: fau.edu & gizmag
Share on Facebook Share on Twitter Share on LinkedIn Share on Pinterest
A group of scientists and researchers at Florida Atlantic University have developed high-tech robotic fingers that have a distinctly realistic and natural -- as in human-like -- look and feel. These robotic accessories are notable in that they are outfitted with the ability to curve and straighten when heated and cooled.

The researchers created the robotic fingers by starting with a 3D moel of a human finger, before creating a model of the digit and 3D printing inner and outer molds.

These fingers aren't merely cool to look at, but could have some great implications. As assistant professor Erik Engeberg points out, the light weight, strength and dexterity of these robotic fingers allows "tremendous advantages over traditional mechanisms, and could ultimately be adapted for use as a prosthetic device, such as on a prosthetic hand."
2.2
Score
Popularity
Activity
Freshness
Attend Future Festival Virtual