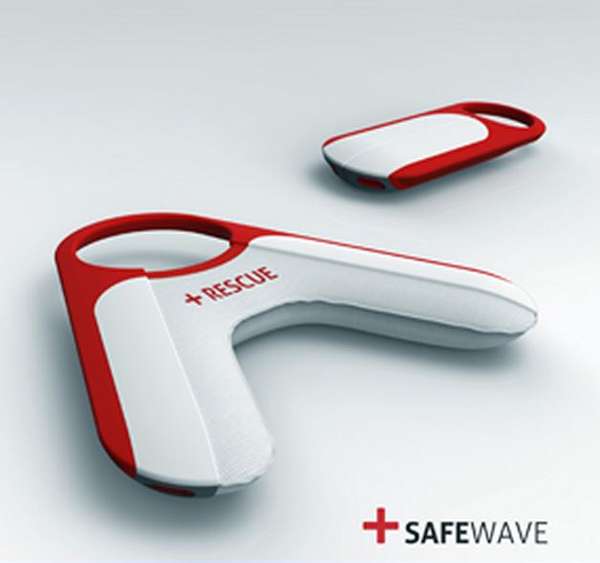 Alexander Lam — July 10, 2013 — Art & Design
References: idsa.org
Instead of endangering their lives, lifeguards can now use the SAFEWAVE robotic rescue buoy to save swimmers. The rescue buoy works to autonomously save people from drowning in an ocean environment. After locating the victim, SAFEWAVE uses hydro jets to propel itself. The buoy then inflates with compressed air before it reaches the victim. As a result, people pulled out to sea by rip currents can safely float and swim back to shore.

Conceived by designer Philip Nordmand Andersen, the buoy uses lasers and sonar sensors to locate potentially drowning swimmers. It can then deploy from one of several stations located along the edge of the water.