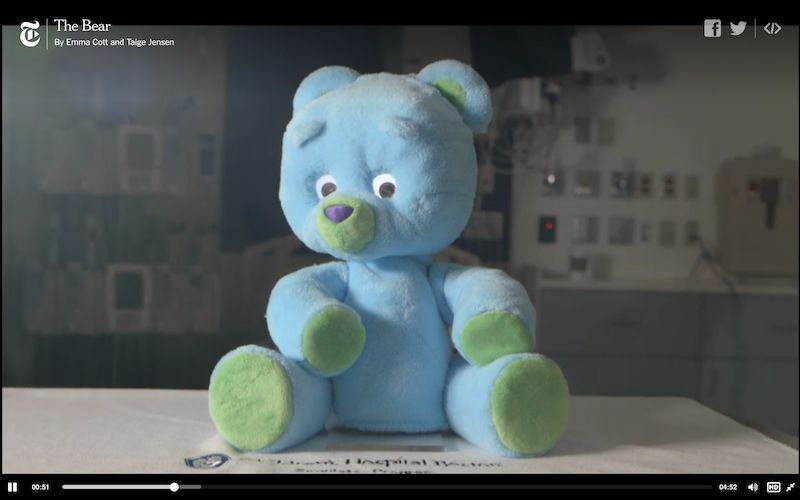 'Huggable' is a Robot Teddy That Helps Comfort Hospitalized Children

Katherine Pendrill — June 9, 2015 — Tech
References: robotic.media.mit.edu & nytimes
Share on Facebook Share on Twitter Share on LinkedIn Share on Pinterest
'Huggable' is an adorable robot teddy designed to alleviate the anxiety, pain and isolation faced by many children in the hospital. Huggable is essentially a remote-operated puppet that is capable of chatting and playing with patients. The robot was designed by M.I.T.’s Media Lab and the bear is currently being tested at Boston Children’s Hospital to determine the level of therapeutic value such robotic toys can have on children who are faced with lengthy hospital stays.

To determine the value of Huggable, researchers split a group of 90 children into three groups. The first group was allowed to interact with Huggable, the second group viewed an image of the robot on a tablet and the final group was given a regular plush bear. Each child was equipped with a bracelet that would measure their emotional state and any physiological changes observed.

While the data is still in the early stages of analysis, research has already shown that the robot teddy may be influential in improving a child's emotional health and physical recovery. For pediatric hospitals around the world, Huggable could prove to be a revolutionary breakthrough in therapeutic technology.
4.3
Score
Popularity
Activity
Freshness
View Innovation Webinars