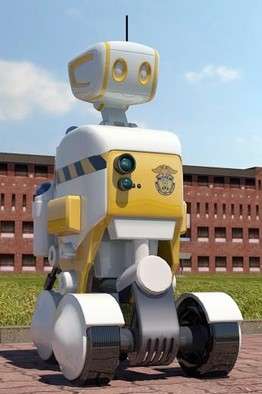 Sponsored by the Ministry of Justice, the trial will use robot prison guards to monitor the jails and detect unusual activity, as well as patrol the prison's corridors at night. What's more, these robot prison guards will analyze inmate behavior and report to human guards anything that seems out of the ordinary. Since they can also provide a way for inmates to contact guards when necessary, they will also serve as a communication channel.

However, the leader of the project, Lee Baik-chul of Kyonggi University, is quick to point out that the robots are not meant to be violent or threatening. In fact, they are made to look "humane and friendly."

"The robots are not terminators," Baik-chul stated. "They are helpers. When an inmate is in a life-threatening situation or seriously ill, he or she can reach out for help quickly."
2
Score
Popularity
Activity
Freshness
Get the 2021 Trend Report FREE